The government has recently permanently extended the Permitted Development rights. This means there is no longer the rush to have your development completed before May 30th!
Any such proposal will still be bound by the relevant Neighbour Consultation Scheme and your Local Planning Authority will be informed.

Updates before 04 Apr 2019
As the year draws to a close many find themselves reflecting on their achievements and the goals they have yet to meet as the New Year makes its appearance. The approach of May 2019, in particular, marks the end of an exciting era of increased freedom for homeowners-the end of the Permitted Development Rights which made so many of our clients' dreams come true in recent years. Time is truly ticking on the manifestation of your dream home. 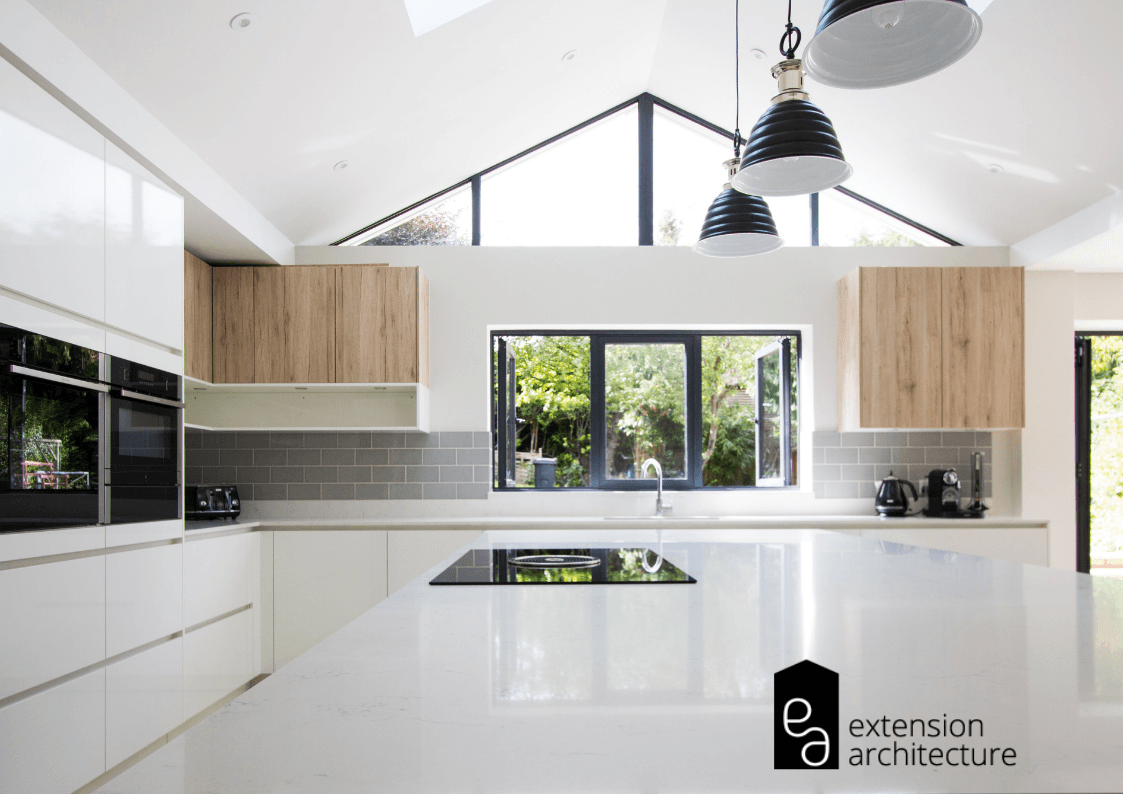 What is Permitted Development?

Permitted Development Rights are a set of policies which allow homeowners greater freedom in enlarging their home, granting pre-approved permission. By acting upon these rights you can extend your property to a certain degree, greater than the norm, without the need for Full Planning Permission, which can be a more expensive and time-consuming process, as long as you comply with relevant rules.

Get a Free Quote

The Origins of Permitted Development

Whilst Urban Planning Regulations are not new, the root of its conceptualisation dates back to an Act of Parliament in 1948 when the government desired more control and reduced the number of Planning Authorities to ensure clarity of the law. This became a keystone in the development of Town and Country Planning which governs us today.

As of October 2019, new rules are being phased in which will allow homeowners to build extensions onto detached homes without requiring planning permission, under the usual rules of permitted development. This will make adding a two-storey extension to your home no more complicated than having a loft conversion.

This doesn't mean that there is no paperwork involved in undertaking a two-storey extension, but it will make obtaining permission for the extension much simpler. Applications for lawful development will need to be submitted to the council, but the requirements are much less strict and sometimes only a letter and a sketch will be enough evidence needed to gain permission.

To begin with, the new rules are being rolled out to purpose-built blocks of flats, but it is intended that the rules will be rolled out to all detached properties over time, making this a crucial aspect of permitted development rights for families and homeowners living in the UK. While some critics have voiced concerns that this change in law will lead to unsightly developments, it will support families who would like to undertake a two-storey extension without enduring the cost and bureaucracy of obtaining planning permission.

Developers and small businesses will also appreciate the changes, which will simplify and hasten the process of extending small commercial premises and converting disused commercial premises into new homes. Developers will not have to get detailed planning permission to demolish disused properties under a 'permission in principle' system, which will go some way to reducing 'dead time' at the start of development.

PLANNING PERMISSION FOR PERMITTED DEVELOPMENT AFTER MAY 2019

In more recent years, the more relaxed Permitted Development Rights enacted since 2015, have allowed families to have up to 75% more extension space without Full Planning permission, allowing twice the usual space allowed for single-storey rear extensions. However, in May 2019, these freedoms are set to expire with no clear statement from the Government or councils on its continuance on the platform of a severe housing crisis where homeowners are clambering to ensure the optimisation of their home.

As planning specialist we have had an array of projects maximising their space under Permitted Development rights and are able to make the journey for clients wishing to harness their rights a more relaxed and pleasant experience, complementing design creativity and flair with an in depth understanding of policies. Do not hesitate to contact us with projects or queries. Let’s make that New Year’s resolution to maximise the value and quality of your home come true. The time is now.

WILL PERMITTED DEVELOPMENT BE EXTENDED BEYOND 2019? 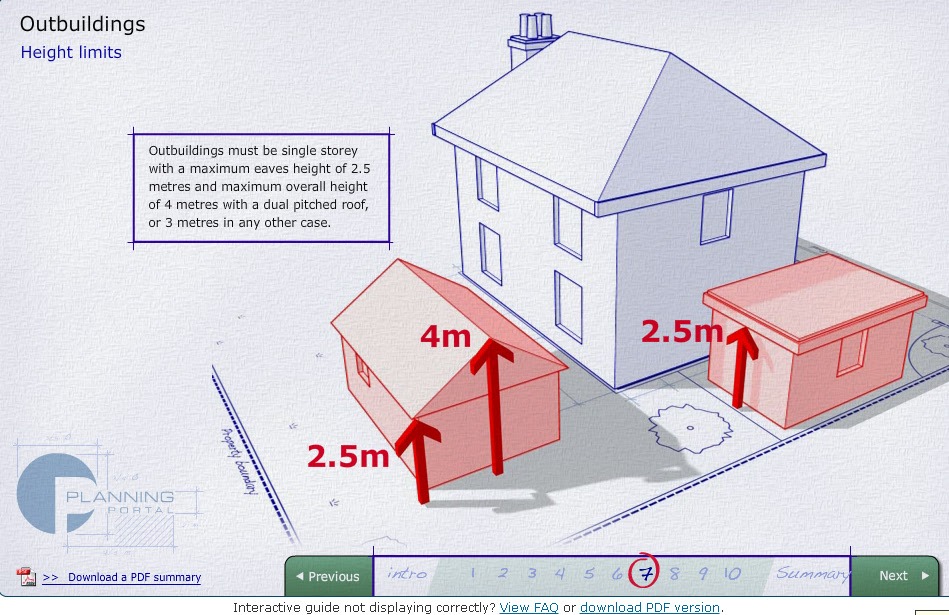 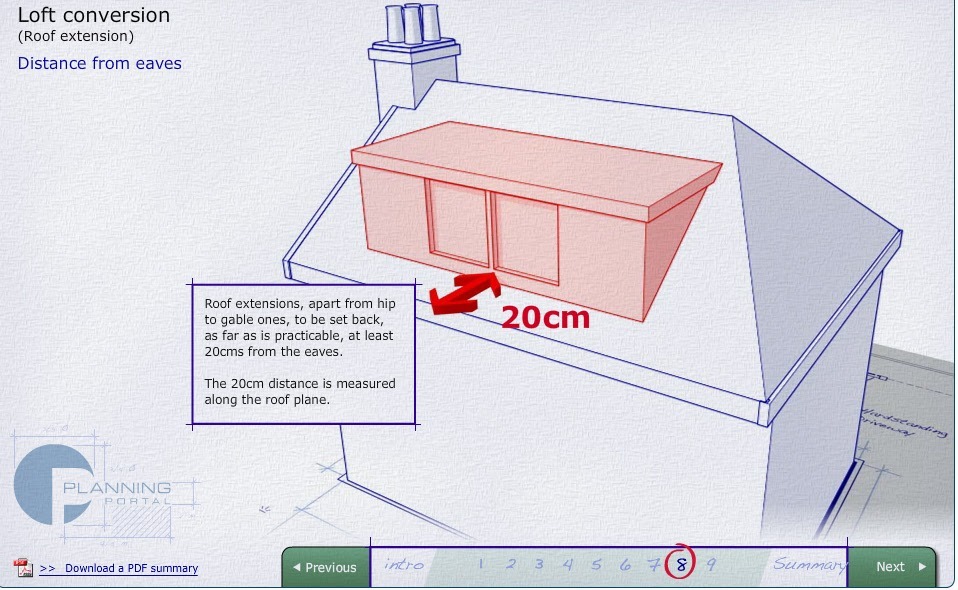 Urban planning restrictions are not new; King Henry’s Mound in Richmond Park has a clear view to St Paul’s which for which the king created an edict – or protected view in the year 1710. Conservationists in 2016 objected however, that a tower construction beyond St Pauls in Stratford nevertheless spoiled the view (by photobombing the background.) Unfortunately – to date – the build has not been halted.)

In 1948, an Act of Parliament became effective which included the introduction of Permitted Development and Planning Permission. The Act was central to the future of Town and Country Planning, with the advent of listing buildings of special interest.

It reduced the number of planning authorities from 1,400 to 145 and gave them a lot of control, whilst expecting them to prepare development policies autonomously, according to the particular character of their respective region of governance.

Permitted Development (PD) Rights state that you can extend your property to a certain degree, without the need for full permission, as long as you follow the relevant PD Rules. These Rights were reviewed in 2008, when certain conventional rules were replaced with more complex regulations regarding extensions and outbuildings.

Later in 2012, the rules were relaxed for a time to encourage the development of existing properties. An Order was created* in 2015 with some amendments to PD which was to be reviewed in May 2016. At that time it was then decided to further extend the new rules until 30 May 2019. Also at that time, minor changes were made to PD rules for commercial applications such as offices.

Under the more relaxed PD Rights, some families have enjoyed up to 75% extra extension space without needing any Planning Permission. They have been able to add twice the usual space allowed for single-storey rear extensions. (This is probably because of the pressure of an increasing population on our limited housing stock, making it easier for families to extend into their loft spaces or their back land.)

The clock is ticking, because on 30 May 2019 the Government’s relaxed view about PD Rules will again be reviewed (and possibly revised). There is an argument to say the more ambient rules regarding domestic extensions may likely continue after May 2019, but there is no guarantee.

Larger home extension scheme after May 2019

Also, there could be additional changes and restrictions to observe again for commercial (and possibly residential applications). The reason for this confidence is that the trends of our rising population vs our housing stock issues have continued unchecked, especially in the capital. However, there is also the continued shortage of new sites and plots in congested areas, so it is not advisable to wait. Planning applications take the best part of 3 months to the process, so do take advantage of these guidelines while you can. You should be able to extend your home twice the previous maximum of 3-4m (terraced/end terrace/detached).

What can be done under Permitted Development?

The amount of work you can do with your PD Rights varies according to several considerations such as location and how much other development has taken place on the site since1948, even if it was done by a previous owner.

For conditions and more information, see Detailed Guide below.

WHAT CANNOT BE DONE UNDER PD? Most lofts can be done under PD.

For exceptions, see Detailed Guide below.

PD Rules are a good thing because you may not need to do a full planning application. Currently your extendable space is greater than before 2008. Applications under PD still have to go to the council, although the requirements are less stringent than with full planning. With full planning you need professional architectural plans, sections and elevations, whereas with some planning departments a letter and hand-drawing can suffice. That said, your approval will more sure if you include architectural drawings and calculations, which we can help with.

With us you can easily learn which PD rules affect you. We give free consultations, planning advice and quotations. If you are thinking of doing an extension or a loft conversion, call us and we can study your proposal free of charge to ascertain whether your Planning Authority Department policies will require a full planning application, or if it can be done under Permitted Development Guidelines.

How we can help you

We can help you by preparing submitting your application to make the process a lot easier for you, and to give you the best chances of approval. Call us on 0203 409 4215 or email us your details for a call back. 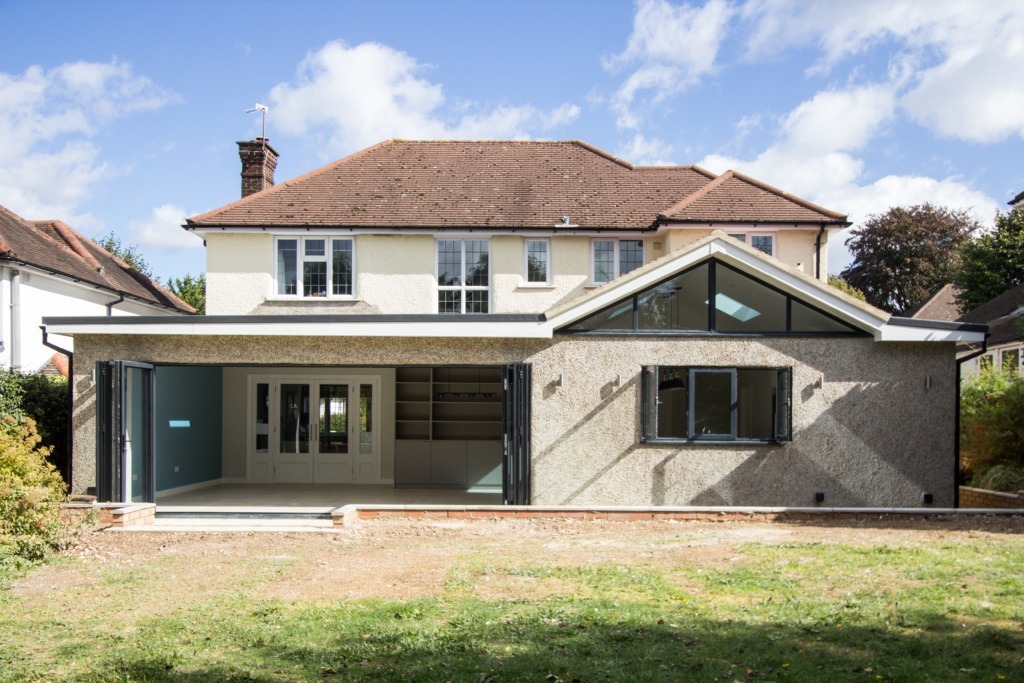 If your extension doesn’t need full planning permission, then it is a Permitted Development, as long as certain constraints are observed: 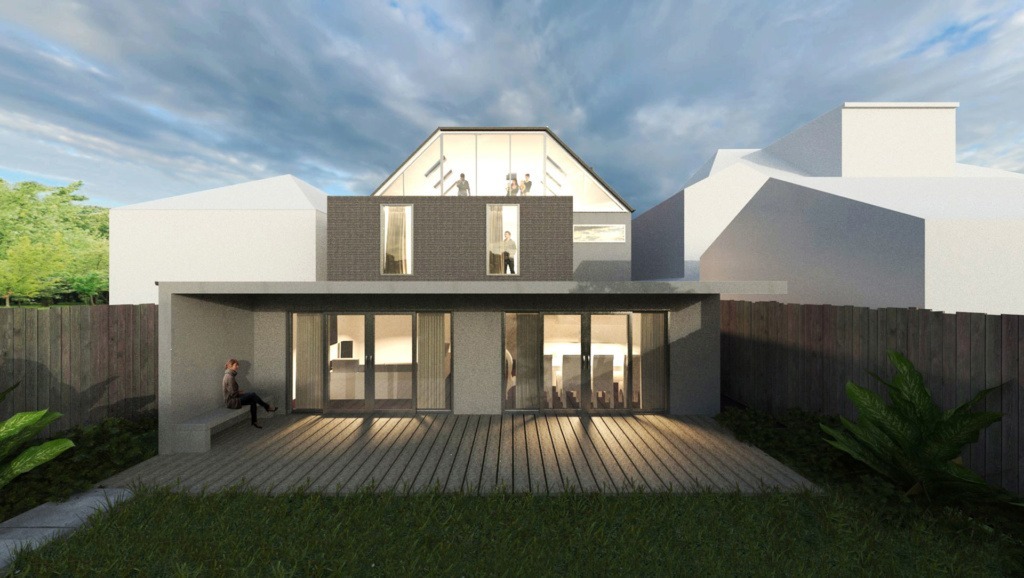 Your loft conversion is considered a Permitted Development and does not require planning permission, as long as a few rules are observed.

Do note that local authorities do have powers which can remove PD Rights, especially in conservation areas. [Planning permission might not be required due to your Permitted Development Rights, however you can still obtain a Certificate of Lawful Development to show buyers for example that your proposal did not require permission, has permission, or that your use of the building is legal. (If in doubt, you can call us to discuss the details of your property.)] The NPPF (National Planning Policy Framework) shows the guidelines for PD.

In the last few months, we have had new clients approach us, who have previously had applications rejected in some London boroughs due to the permitted development deadline. As this deadline has now been permanently extended, we are now able to re-apply for these projects with no issues. Please get in touch as we can get the best results for Permitted Developments. We can also help you undertake structural calculations and drawings, Building Regulation drawings to comply with Building Control, prepare tender packages or assist with party wall surveys. 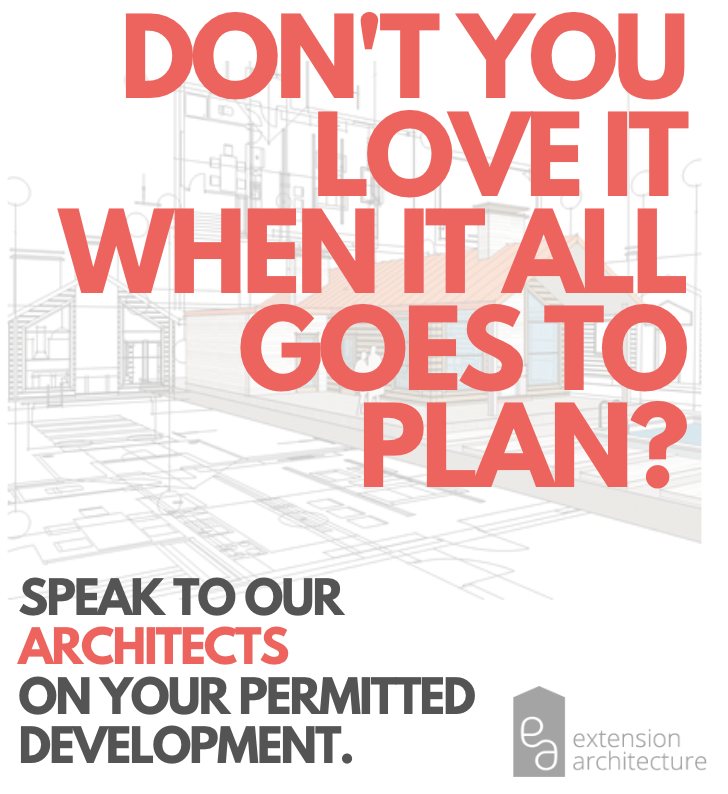