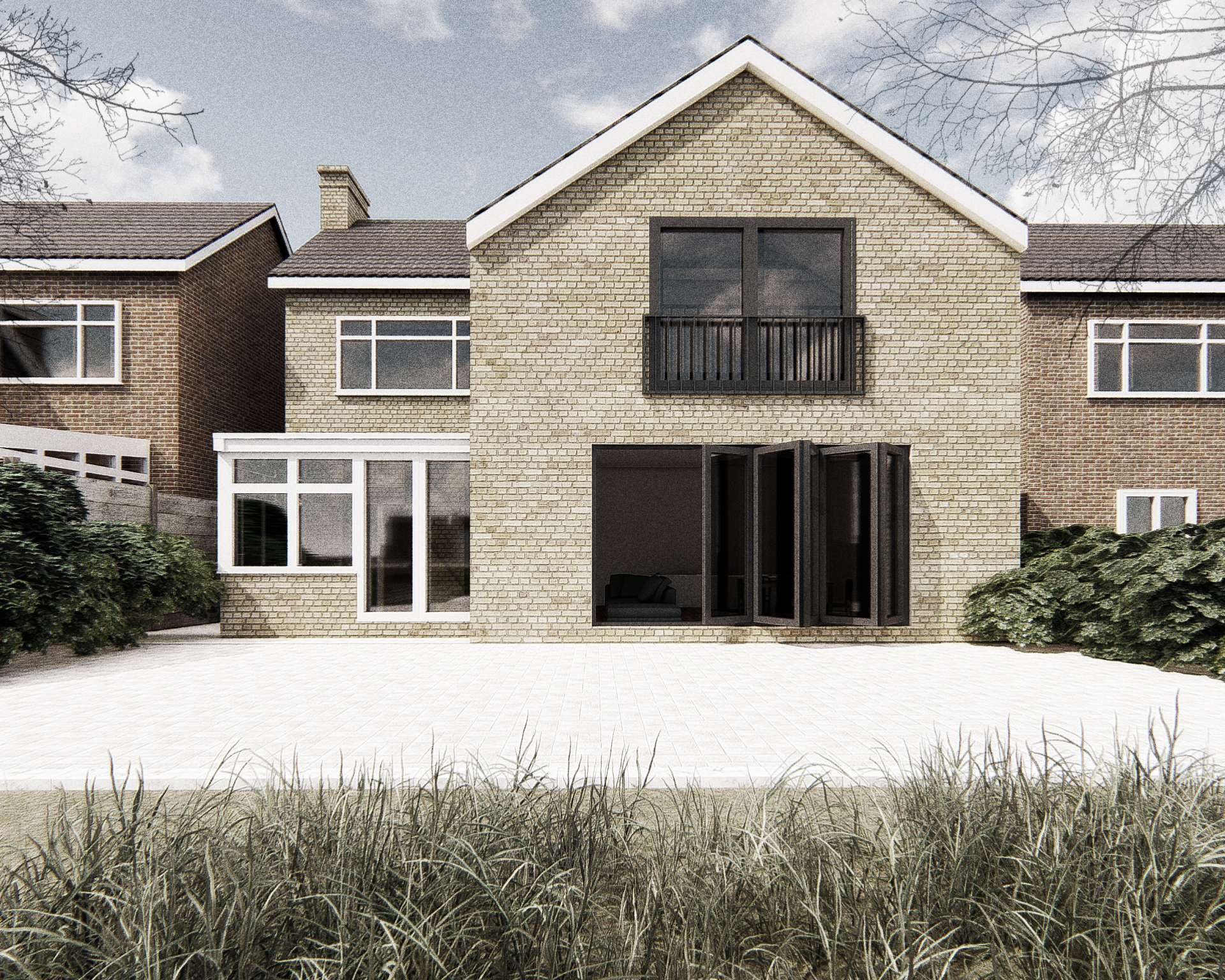 Our project for Double Storey Extension 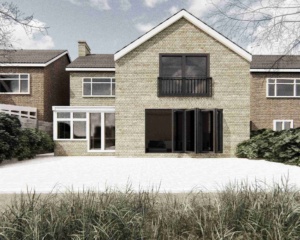 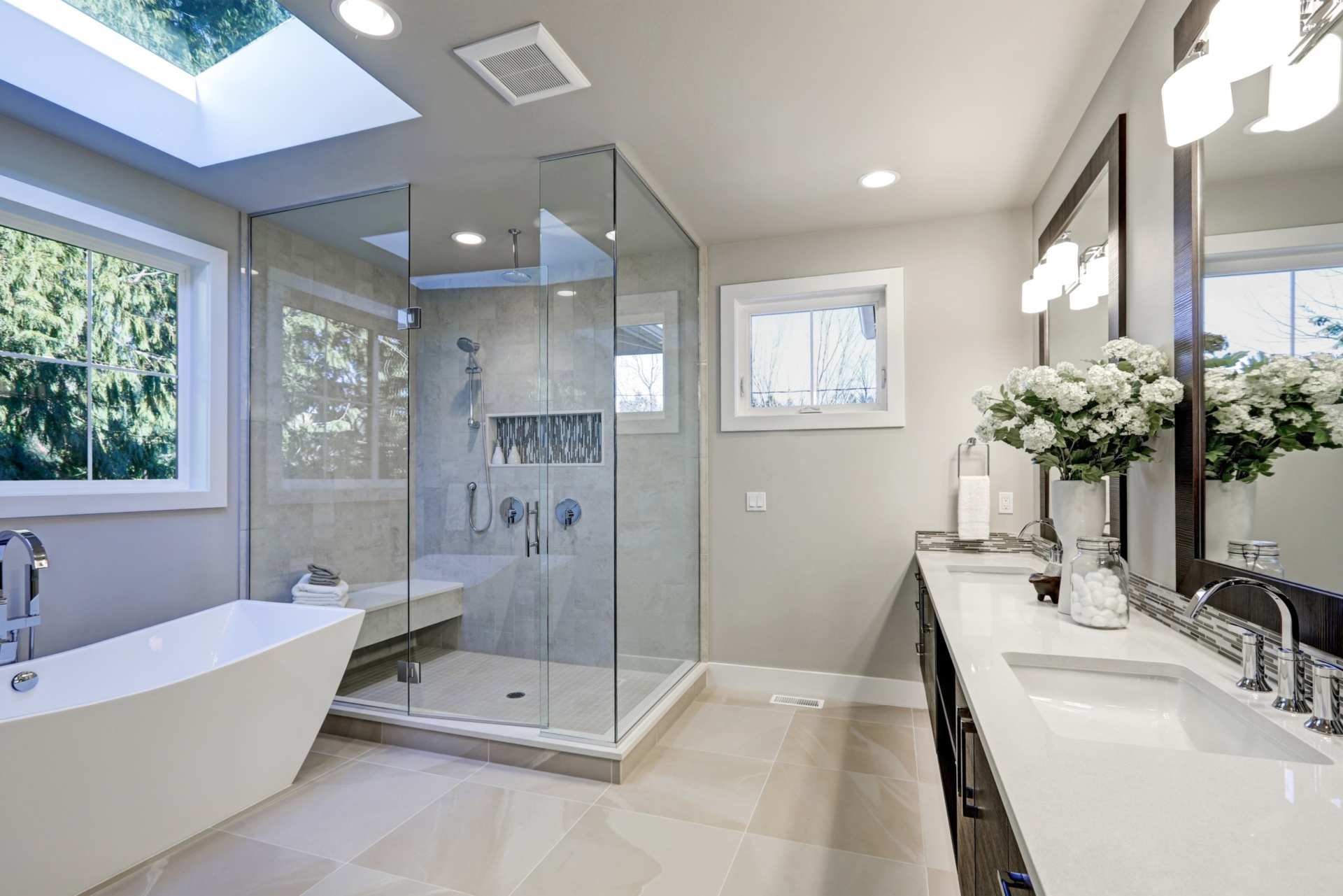 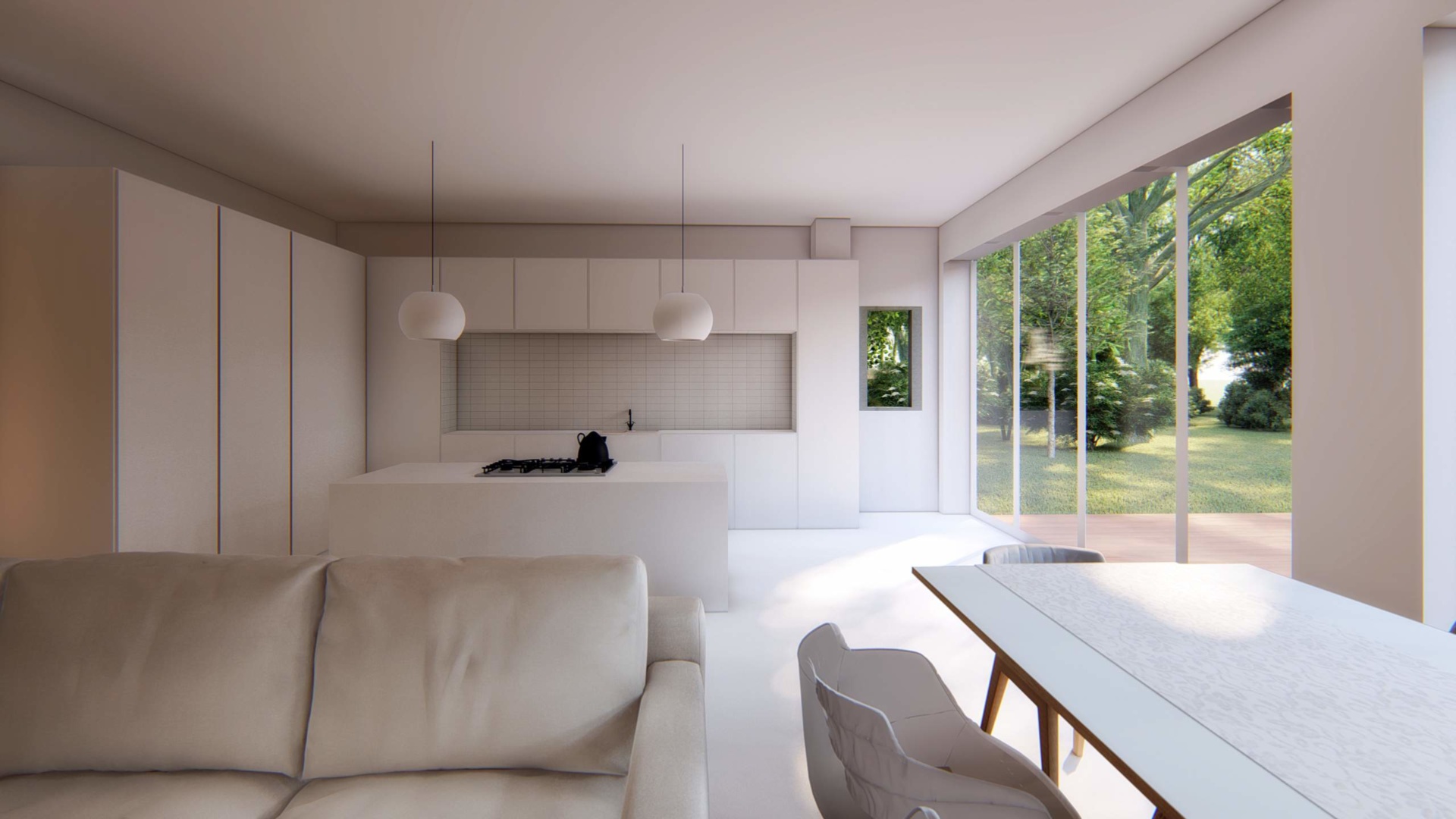 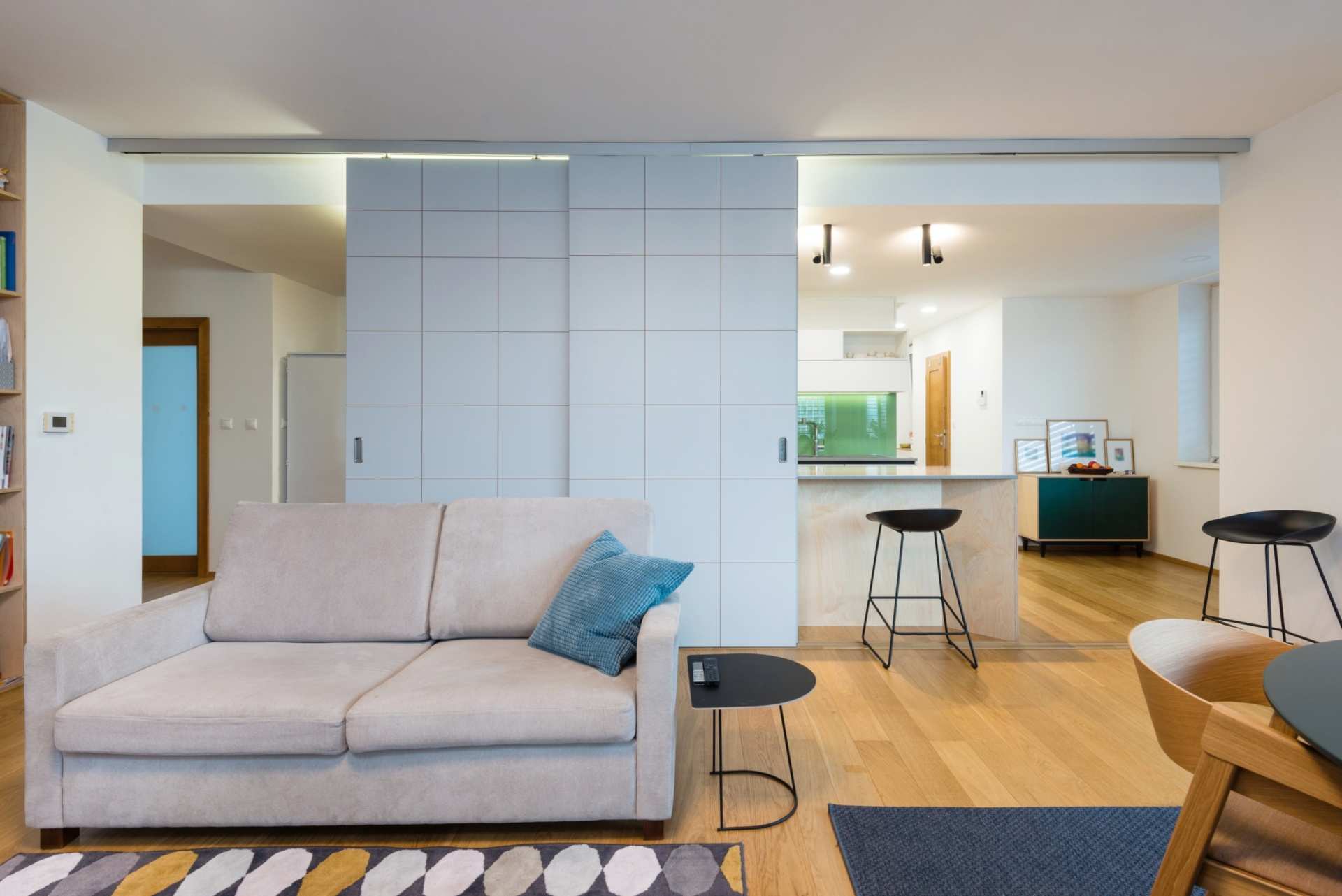 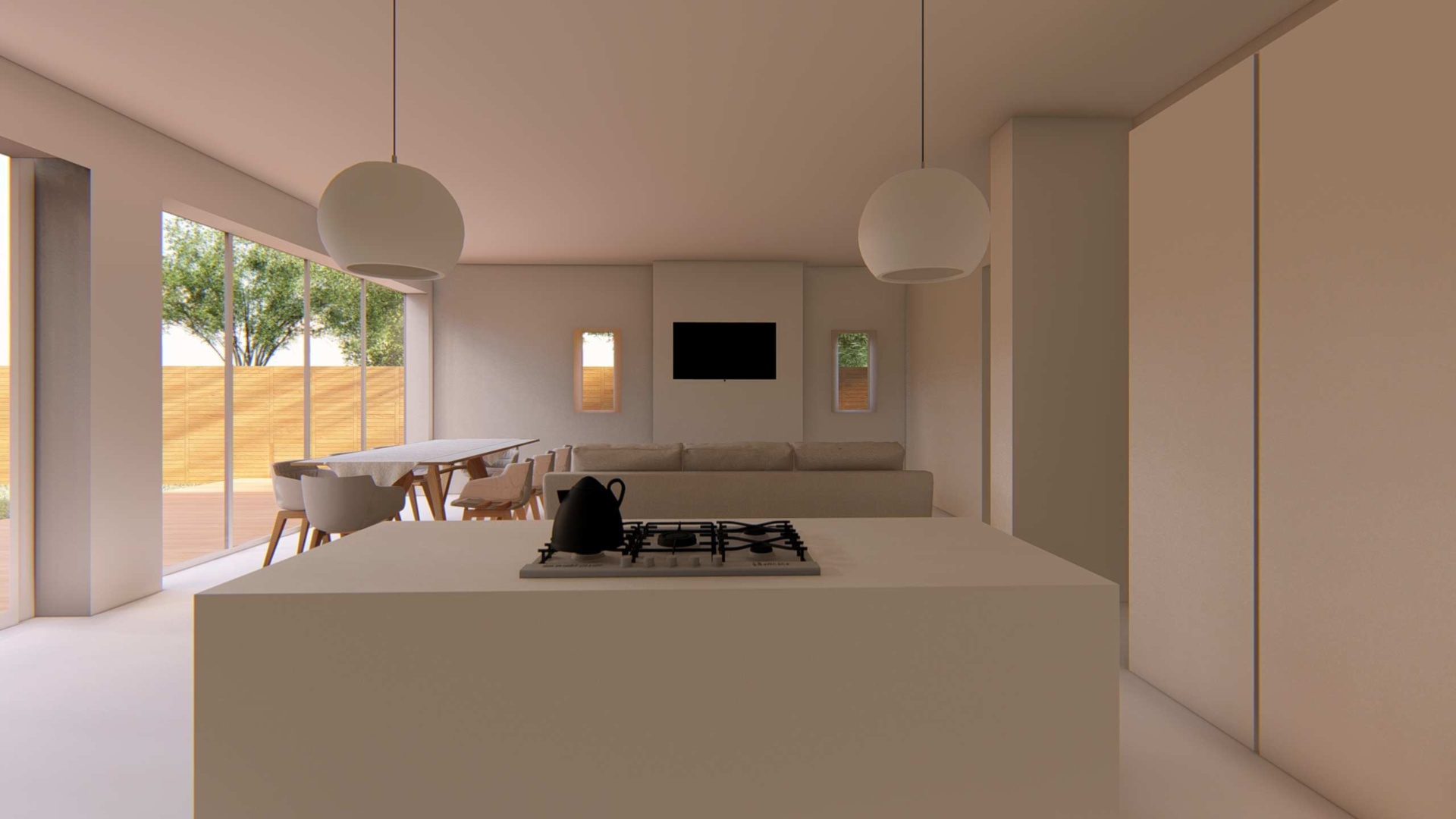 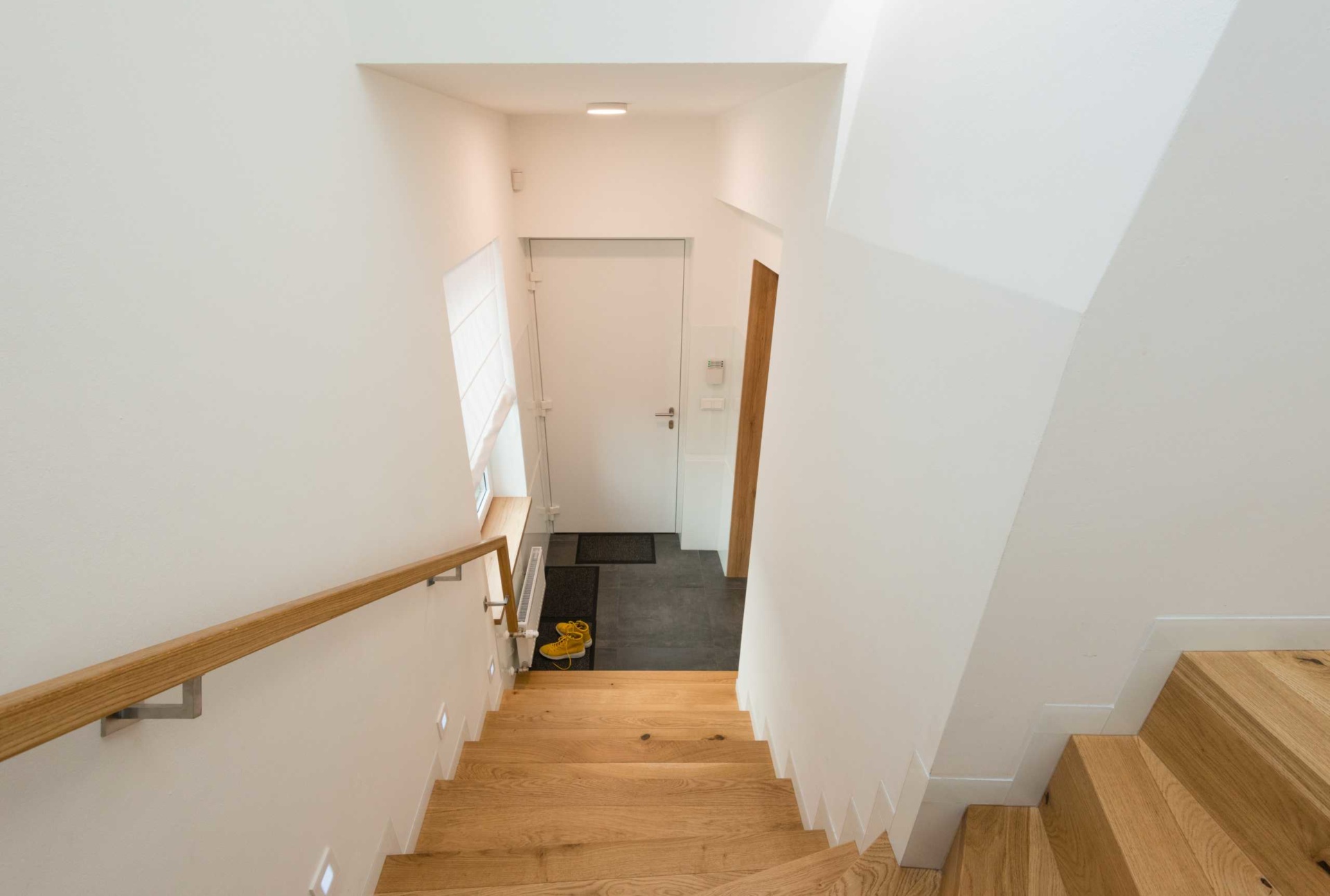 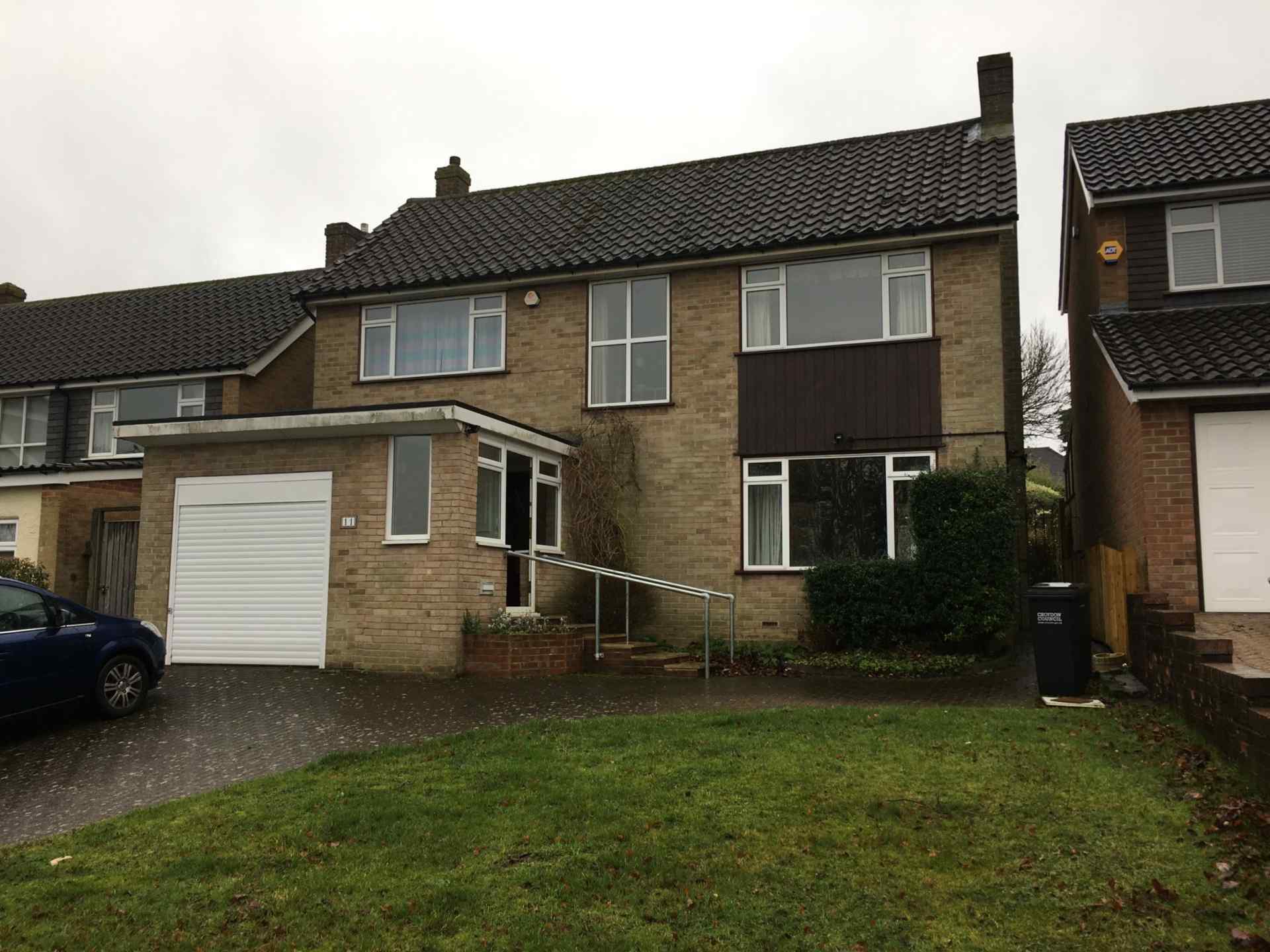 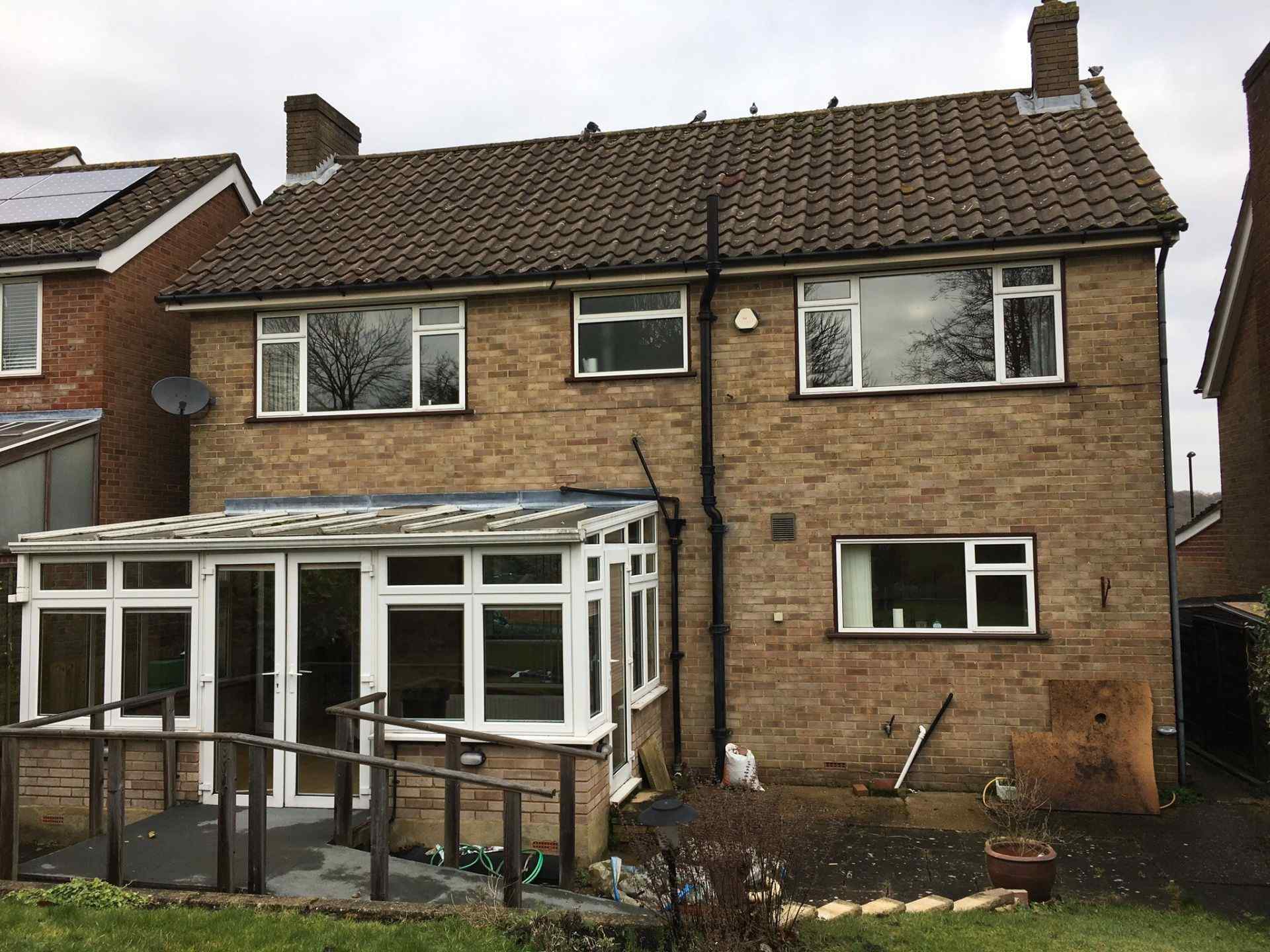 11 Southcote Road is a detached property built in 1964. The house is built of buff sand-faced London Stock brick with a concrete pan tiled roof. The garage to the front features a flat felt roof and there is a UPVC conservatory to the rear.
The existing house has three bedrooms and a bathroom to the first floor. The garage has previously been converted to provide a wet room suitable for disabled use. The remainder of the ground floor has a kitchen, living room, wc and conservatory.
Southcote Road sits within an estate of detached houses on the site of the former Fox Farm. All of these 1960’s houses were originally built in brick, although a few houses subject to recent development now feature painted-render elevations.
The houses on the Fox Farm estate feature a small number of different styles, including mock-Georgian, but there are many variations between the houses built in each style. This architectural variation has increased over time as individual properties have been extended in many different ways, including extensions to the rear, to the side and even to the front at both ground and first-floor level. Most recently loft conversions can be seen being completed in the area – at least one property has raised its ridge height to create a full third storey. The overall effect is of a fairly consistent rhythm, without any direct repetition.

It was proposed to extend the existing house to the rear on the east side to provide an open-plan dining area for the kitchen and to provide an additional bedroom to the first floor. Floor levels matched existing so that flush access is provided. The existing conservatory was reduced in size to make space for this extension.

To minimize any overshadowing to No.12, the roof to the extension has been designed at a lower level than the main roof of the house. Both the ridge level and the eaves level are lower than the existing roof. To mitigate the impact of the low eaves level on the internal space, a flush eaves design was proposed to give sufficient internal headroom for doorways.

The walls to the extension was constructed in brick to match the existing. The roof tiles for the new pitched roof was selected to match the existing as closely as possible. The glazing was given a contemporary feel and will be grey UPVC or aluminium, complimenting the grey hues within the buff brickwork.

The glazing to the south elevation, looking onto the rear garden, was enlarged to maximise natural daylighting and solar gain and in turn reduce energy required for heating. High-level opening windows were  as well proposed to the west and east elevations of the dining room to provide cross ventilation as a natural means of space cooling.

We worked with our client’s relatively lean budget through the planning and tender stages, providing them with the most economical method of achieving additional space in their home without compromising on stylish and contemporary design.

Unfortunately Extension Architecture did not have the pleasure of completing the construction  for this project, however, we were very pleased with how the designs were brought to life! 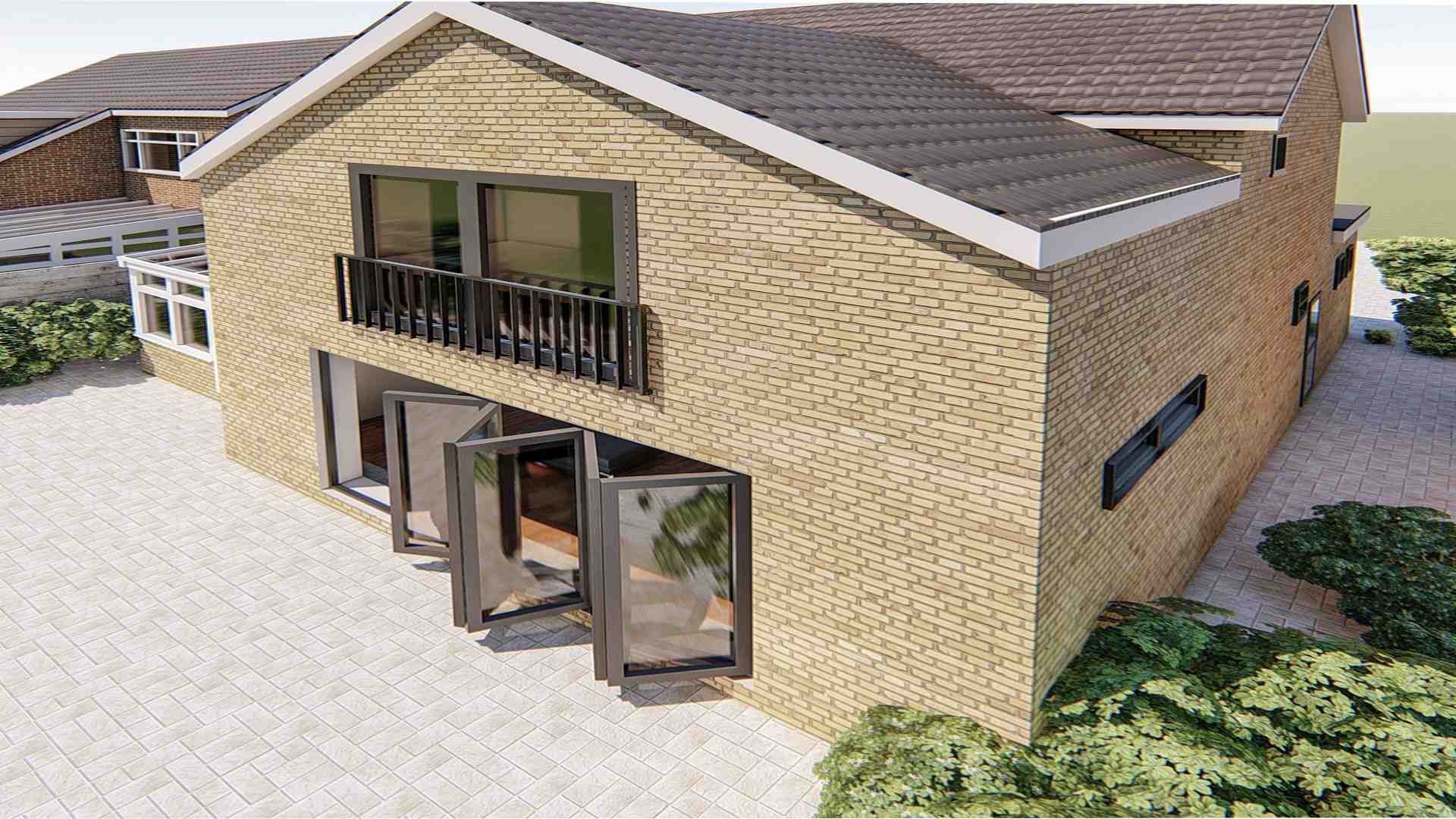 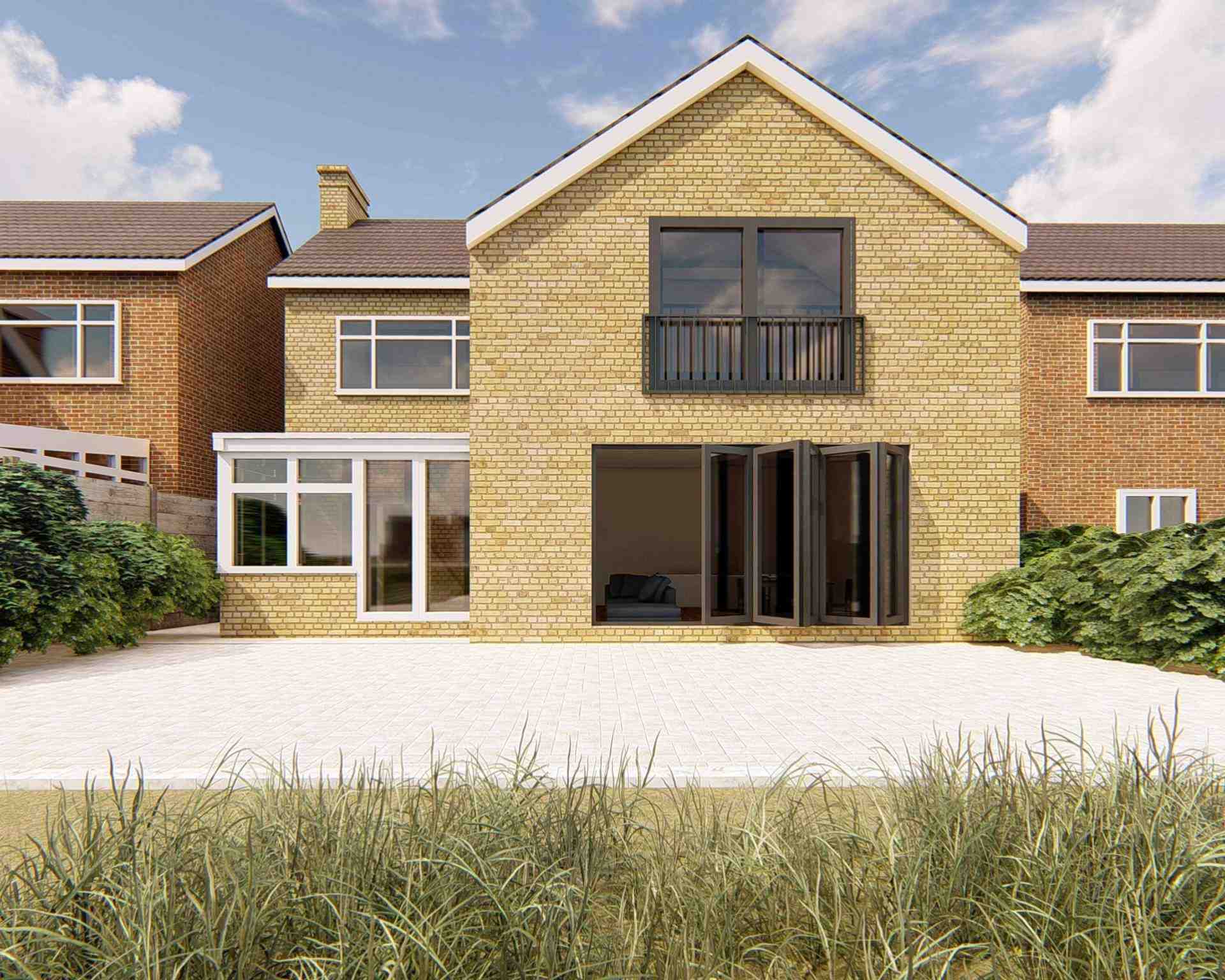