The events of the last few weeks have shocked all of us, both in London and around the world. The Grenfell Tower fire disaster was a horrific event resulting in unimaginable loss for families across the world, whose friends and family were living in the flats.

Tragically, their grief is possibly made all the worse by the fact that this terrible event was utterly avoidable. Along with the rest of the country, Extension Architecture extend our heartfelt love and sympathy to anyone who has been affected by this appalling tragedy. 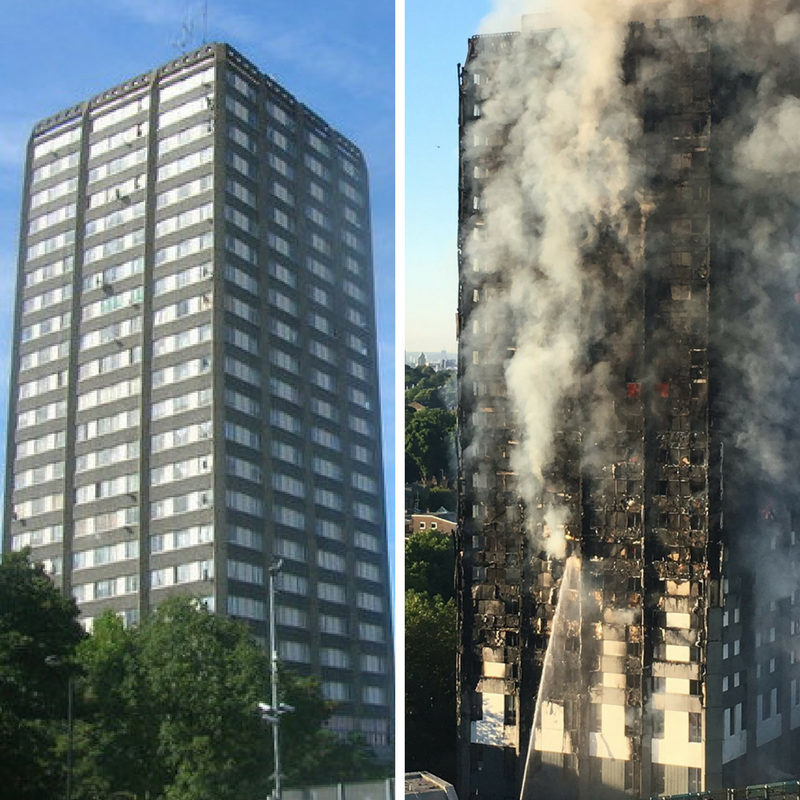 As architects in London, we feel compelled to take a look at how fire regulations currently stand, and speculate on how these should and might change in the wake of this disaster, to prevent it ever happening again. We will also have a quick look at the current regulations around detached properties.

The pending inquest will, no doubt, be trying to answer this very question. There are several elements that could have contributed to the spread of the fire and that the authorities had apparently been warned about before the fire. As far as we’re aware, at this early stage, the two most significant of these were the advice to ‘stay put’ and the external cladding.

The cladding on the newly refurbished building is, so far, being pointed out as the main culprit. Early reports are indicating that not only was the material inside the aluminium cladding not fire resistant, but that the space in-between the cladding and the building acted like a chimney. Usually there are fire barriers to stop the flames rising up behind the cladding, but it is not yet known if Grenfell Tower had these fire barriers.

The type of cladding used on the tower, Reynobond PE, was compliant with UK regulations and was sold worldwide. However, the core of the cladding was not fire resistant and is not permitted for use in Germany or the USA for that very reason. In fact, the manufacturers of this product have globally discontinued the line in the aftermath of the disaster.

What makes this fact even more tragic is that, in the past few days, it has been discovered that the London Fire Brigade had actually written to all London councils warning them of the specific dangers of this very type of external cladding, following a similar fire in a high-rise block in Shepherd’s Bush, London, in August of last year.

As a result of these recent discoveries, it is highly likely that the regulations surrounding external cladding will change.

How Safe Is The ‘Stay Put’ Advice?

To date, the culprit of the fire has been identified as a Hotpoint Fridge Freezer, which was located in a flat on the fourth floor. Residential blocks such as Grenfell Tower are purposefully designed to contain an outbreak of fire in one flat, as flats are compartmentalised within secure walls with no holes and robust fire. Hence, the advice to ‘stay put’, issued by the fire authorities, in the majority of cases is actually the most appropriate thing to do.

Unfortunately, once a flat or block has been refurbished, it is unlikely to remain compartmentalised, as small holes – such as those created through the retrofitting of central heating – may not have been sufficiently plugged.

Naturally, since the Grenfell disaster, this ‘stay put’ advice is now under scrutiny. Despite being in place since the 1950s, it is highly likely that, given the amount of refurbishments that will have taken place on these properties in the intervening years, this course of action is now no longer appropriate. Having said that, statistically speaking, it nevertheless remains the safest thing to do in the event of a tower block fire.

Were There Any Other Contributory Factors?

According to the media, residents had complained previously, on several occasions, that the accessibility for the emergency services was not sufficient in the case of Grenfell Tower, and that the rubbish piling up in the communal areas posed a significant risk. Complaints were also apparently submitted to the local council about the lack of sprinklers in the building. 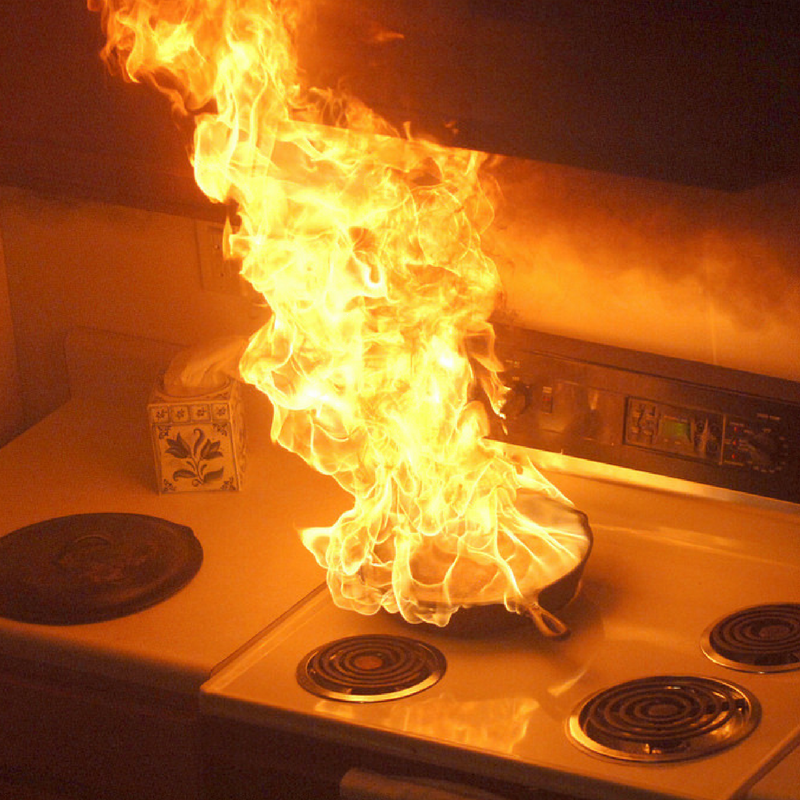 Undoubtedly, in the immediate term, there are likely to be some serious consequences for the Kensington and Chelsea Tenant Management Organisation, who manage the building, and in the long-term, it’s highly likely that the fire regulations for high-rise buildings will alter dramatically too.

What Are The Fire Regulations When Building A Detached House?

So, what does all this mean for residential architecture? It’s true that domestic houses do not have as many fire regulations as high-rise buildings and, according to some experts, it’s unlikely they ever will, as the regulations are there to save lives, rather than buildings.

Nevertheless, there are one or two that you need to bear in mind when considering a new extension or home renovation.

Walls and ceilings need to be resistant to fire for at least 30 minutes, to give enough evacuation time before the fire spreads to another room. Fortunately, modern building materials mean this is not too difficult to achieve, and there is an optimum thickness of plasterboard of just 12.5mm needed underneath floor joists

Mains operated smoke detectors have been mandatory in all new houses since 1992. One thing to consider when building a new house or adding an extension to an existing house is that the detectors cannot be more than 3 meters away from a bedroom, meaning that some houses will need more than one on each floor. Remember though, not all smoke detectors are created equal, and some are significantly more effective than others at detecting fires and smoke. 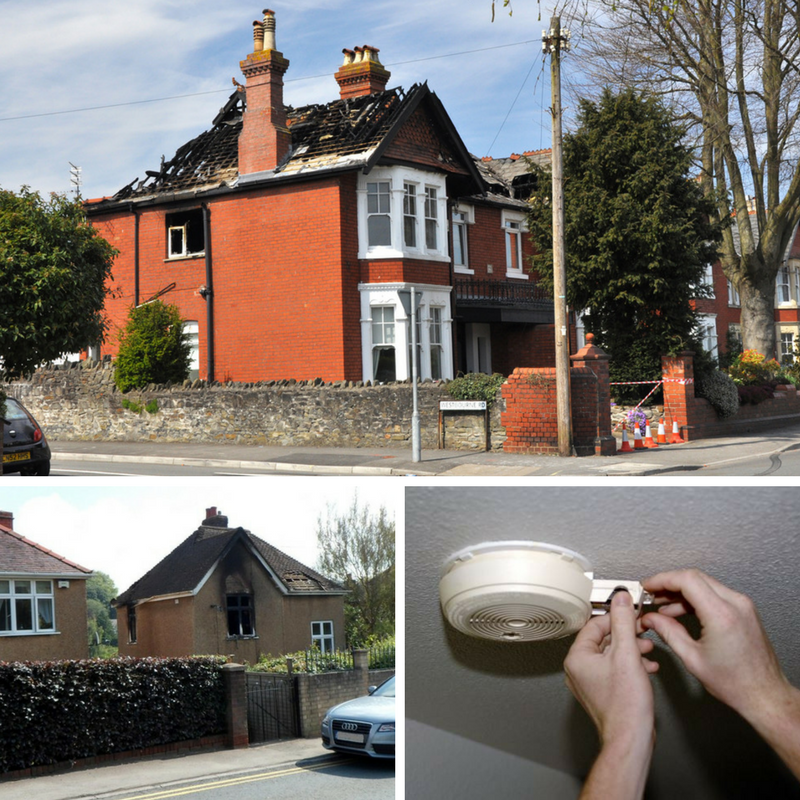 Windows that open sufficiently, and are low enough to allow a person to fit through and escape to an area of safety, have been mandatory since 2002 in all buildings with inhabitable rooms above the ground floor. Furthermore, the windows must be able to remain open unaided too, to ensure a person can escape without being hindered by having to hold the window open.

Loft extensions pose an additional threat to fire safety, as they are at a height that is not easy to escape from. Hence, when building a loft conversion, it is necessary to make the exit and walls fire resistant, which can be achieved by painting on a special coating. Moreover, the ceilings on the rooms immediately below the loft extension also need enforcing, to further slow down the spread of fire.

One lesson that we should all learn from the Grenfell Tower disaster is that fire risks should never be underestimated. Whatever happens in the coming months with the inquest and investigation into what really happened, the reality is that the devastating effects of this horrific event were ultimately avoidable.

Remember, far from being unnecessary ‘red tape’, fire regulations are there to give you the opportunity to escape, should you ever be unfortunate enough to be caught up in a house fire. Heed the rules, and it might just save your life.

If you are planning on extending your home or building a new one, then your architect will be able to talk you through all the things you need to consider regarding rife safety and the regulations you must abide by.

If you’d like to find out more, or get further information on the latest fire regulations, then please speak to one of the Extension Architecture team today, and we’ll be happy to advise you. You can contact us in any of the usual ways; you can email us at [email protected], phone us on 0203 409 4215, or fill out the Request A Free Quote form on our website and someone will get back to you right away.

Planning the journey with us

Get a free quote with our professional advice for your plan

Get a Free Quote