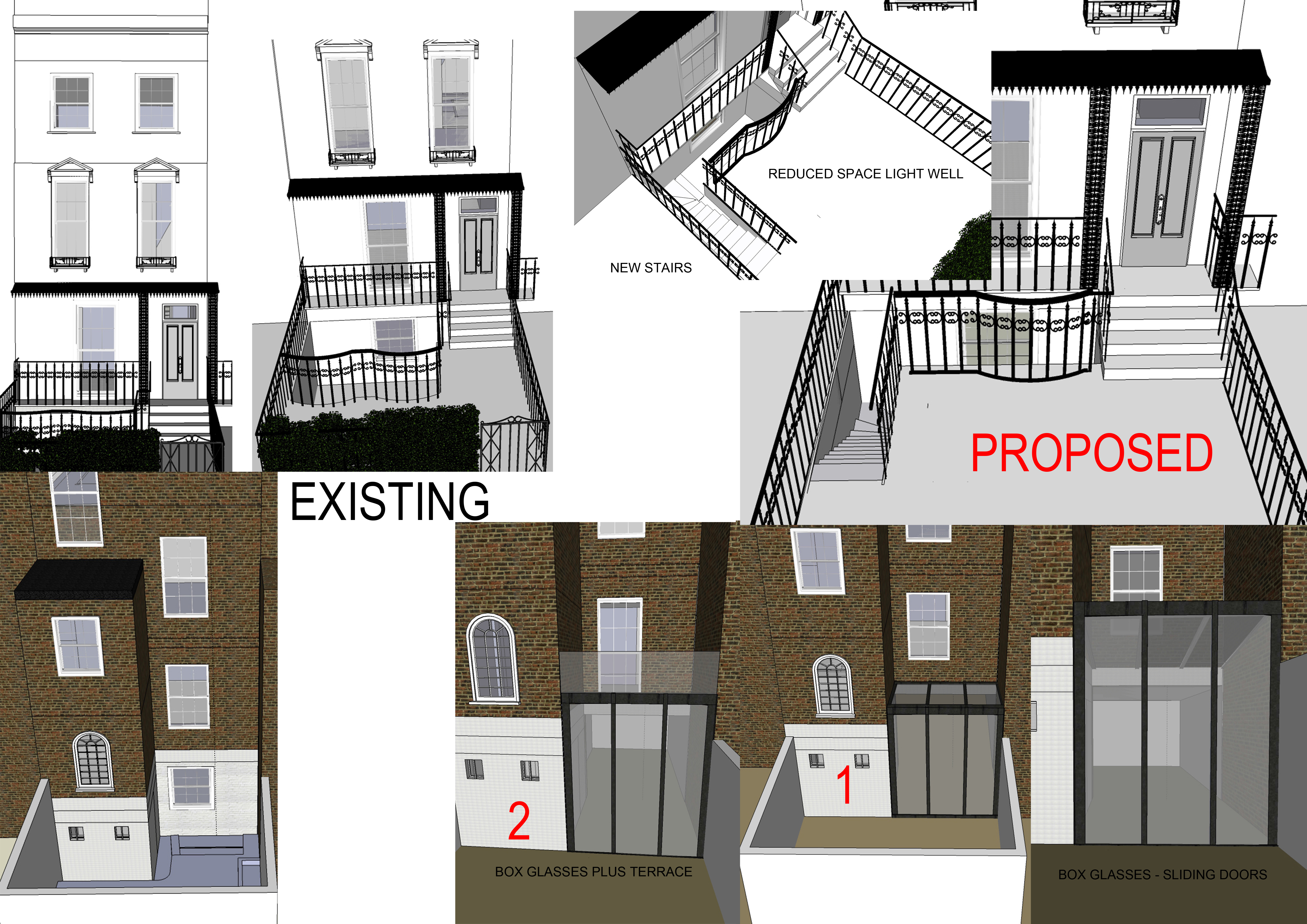 The project involved restoration and extension of a mid-19th century terrace house the property is a Grade II listed building. The property is considered to have a key significance in this part of London that relates to its historic and architectural contribution. The design proposal had to respect historic environment and the Conservation Area Planning Policies.

The design process included interior reconfiguration which aimed to reduce circulation space to increase the functionality of the floor plan and efficient use of space. The design considered original features and aimed to restore the ambience of the 19th century terrace house.

As the property is a heritage asset, the design changes needed to the evaluated against the special architectural and historic interest of the listed building. The building has an impressive townscape value as it is part of a group of 24 buildings introducing visual harmony and architectural quality to the streetscape. The project had to consider uniformity in the visual appearance with the entire row of terrace houses.

The main changes to the exterior of the terrace house included enlargements to the rear elevation through a glazed infill extension that can only be visible from dwelling’s secluded garden. The roof of the extension was transformed into a private outdoor area, sandwiched between two closet wings. The placement of the extension considered planning constraints, intended to eliminate any overseeing into neighbouring properties.

Despite contrast of style between original period character and contemporary additions showing clear distinction between old and new, the planning permission was granted due to sensitive choice of materials and minimal design that emphasised the original exterior features of the terrace house. The choice of texture and colour palette selected for the proposal aimed to remain sympathetic to the surrounding and compliment the listed property. The roof of the extension and the main roof was designed to imitate the original design from 19th century. The existing concrete tiles were replaced by natural slate matching the period of the building and enhancing the external appearance and unity with the neighbouring terrace houses. 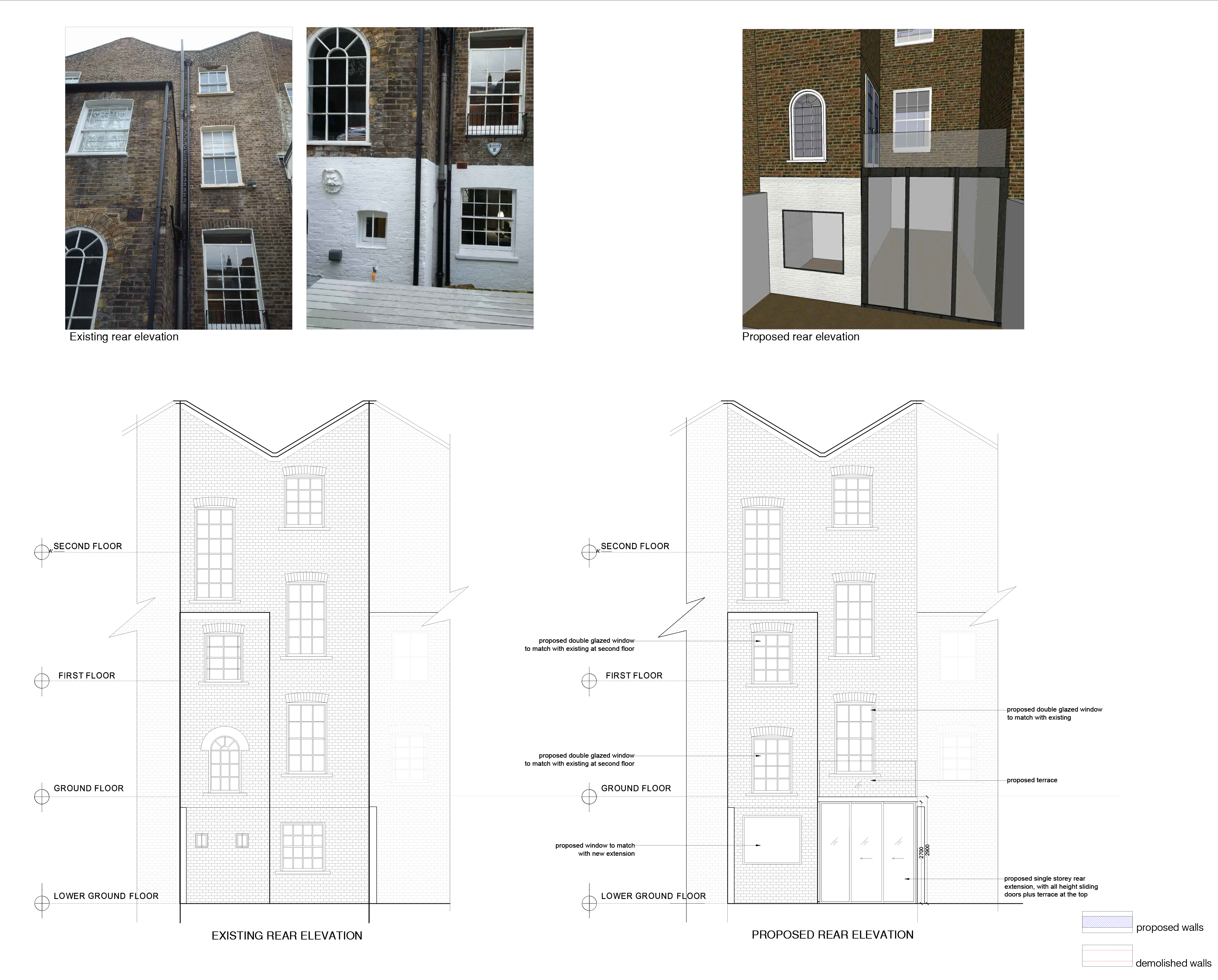 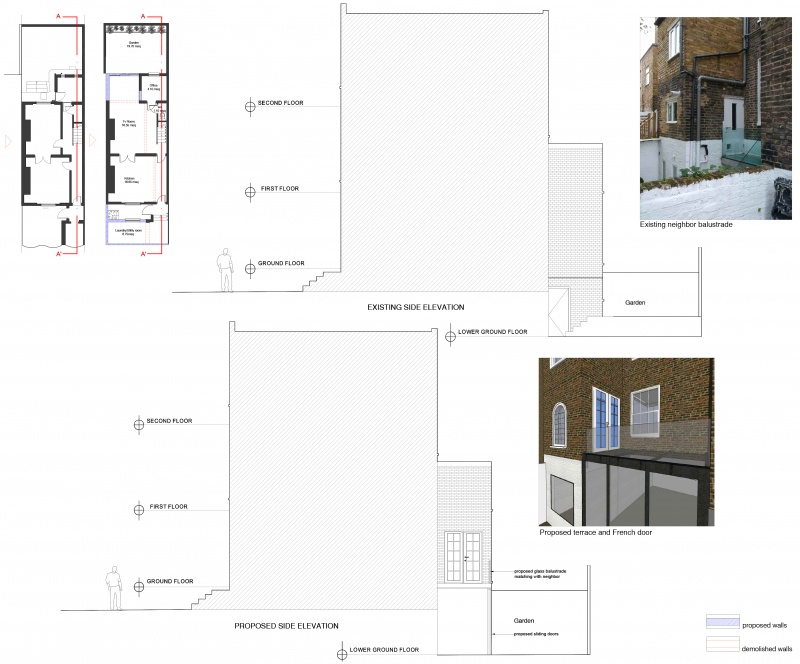